On 8 March 2015 a weak tropical low formed over Western Australia. Due to an increase in convection, the system was upgraded to a category 1 tropical cyclone and named Olwyn on 11 March. Just before 12 March, Olwyn rapidly developed a ragged eye, and upgraded to a category 3 severe tropical cyclone. Early on 13 March, Olwyn reached its peak strength as the JTWC classified it as a Category 2 cyclone. However, JTWC downgraded it to a Category 1 cyclone after a few hours. Late on the same day, Olwyn made landfall over southwestern Australia. Olwyn caused extensive damage along the coast of Western Australia, from Onslow to Kalbarri. 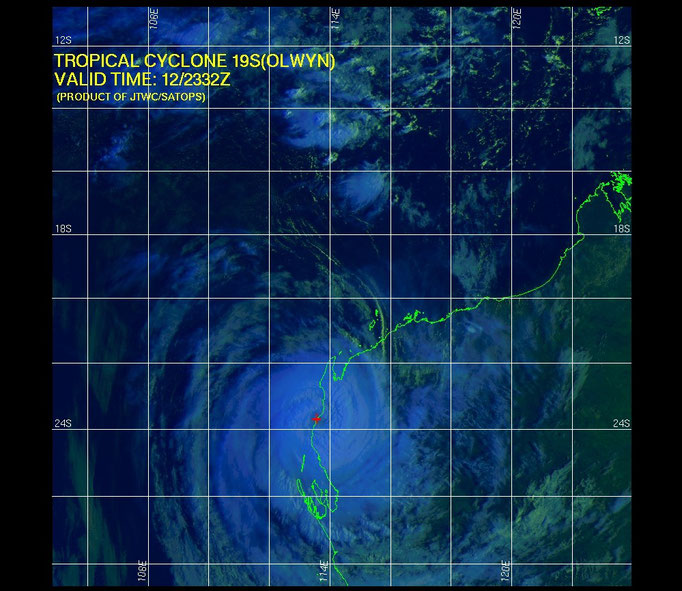 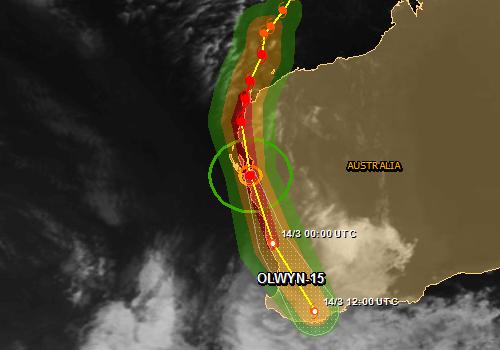 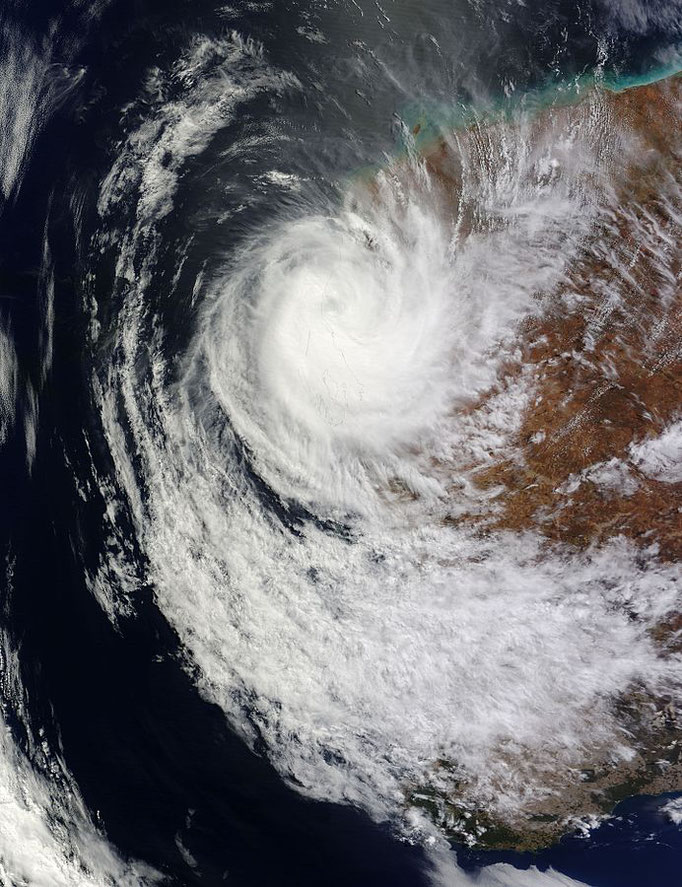