Severe TC Nathan degraded to a category 1 Tropical Cyclone as it continued across Cape York Peninsular and into the Gulf of Carpentaria. Nathan then developed into a category 2 cyclone and moved towards the Northern Territory coast, crossing over the top north east corner of the state. 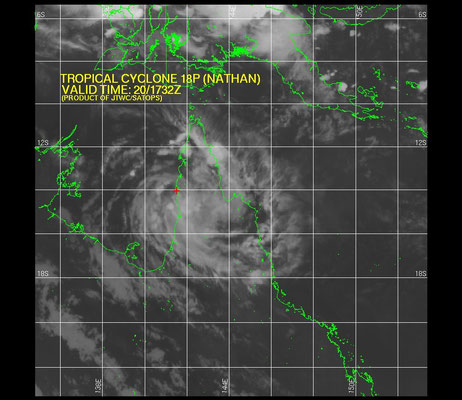 The passage of tropical cyclone Nathan across the Queensland coast forced sea levels to surge above normal along the coast south of Cape Flattery where Nathan made land-fall.

The Storm-Tide gauge at Cooktown recorded a surge of 0.8m as Nathan passed north of the gauge site on the Cooktown Wharf. Nathan's passage coincided with low water so the Storm-tide level may have been higher if passage was at high water.