Details of Tropical Low at 5:00 am AWST:

Movement: southwest at 11 kilometres per hour .

A tropical low lies just to the south of Cape Leveque, and may continue to develop near the west Kimberley coast during Wednesday. Squally winds and heavy rainfall are likely over the west Kimberley during Wednesday and Thursday as the low tracks in a southwesterly direction, roughly parallel to the coast. The low could reach tropical cyclone strength Thursday morning if it remains offshore. There is a slight chance the low moves over land and fails to reach tropical cyclone intensity. If the low does develop it is likely to make landfall somewhere between Broome and Port Hedland later on Thursday. 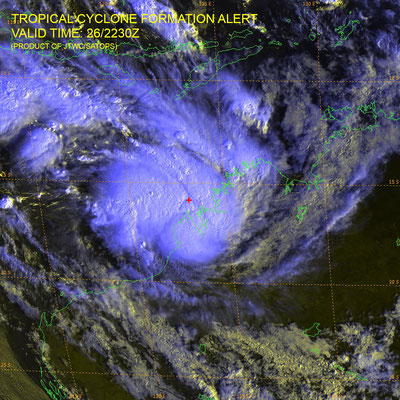 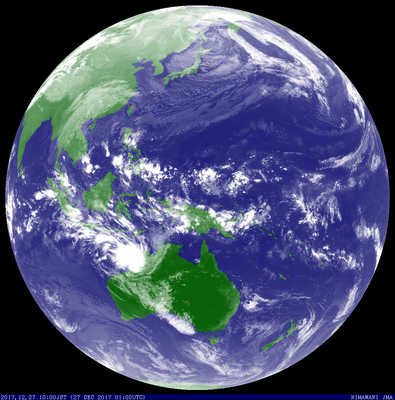